NEXT BOOK IN SERIES
BOOK #1

The most deadly weapon EVER KNOWN

John Porter didn’t expect his experiment to go horribly awry and send every Tommy in town on a rampage. The steam-powered metal men tore down half of Sprocketville before they were stopped. After that debacle, John expected a visit from the sheriff … not a robber who stole his heirloom crystal—a mysterious gift from his long-lost mother—and then shot him in the chest for good measure.

Left for dead, John is revived, and then deputized, by legendary lawman Wild Bill Hickok, who represents shadowy powers that are also after John’s crystal. Throwing in with Hickok and the daughter of the world’s greatest thief, John embarks on a perilous journey to recover his crystal, discover his legacy, and ultimately save the world from a villain who intends to use the crystal to create the most deadly weapon ever known. 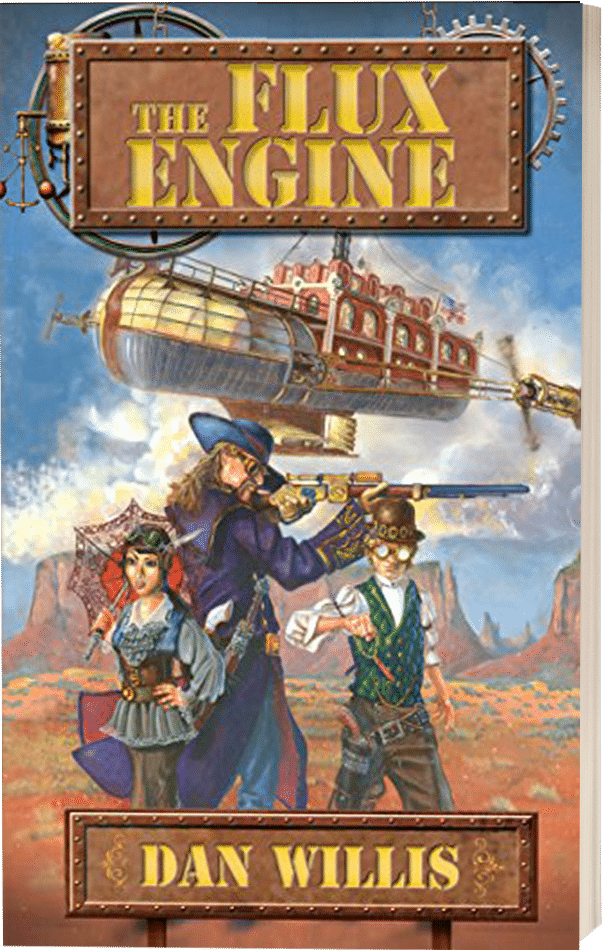 Be the first to review “The Flux Engine” Cancel reply